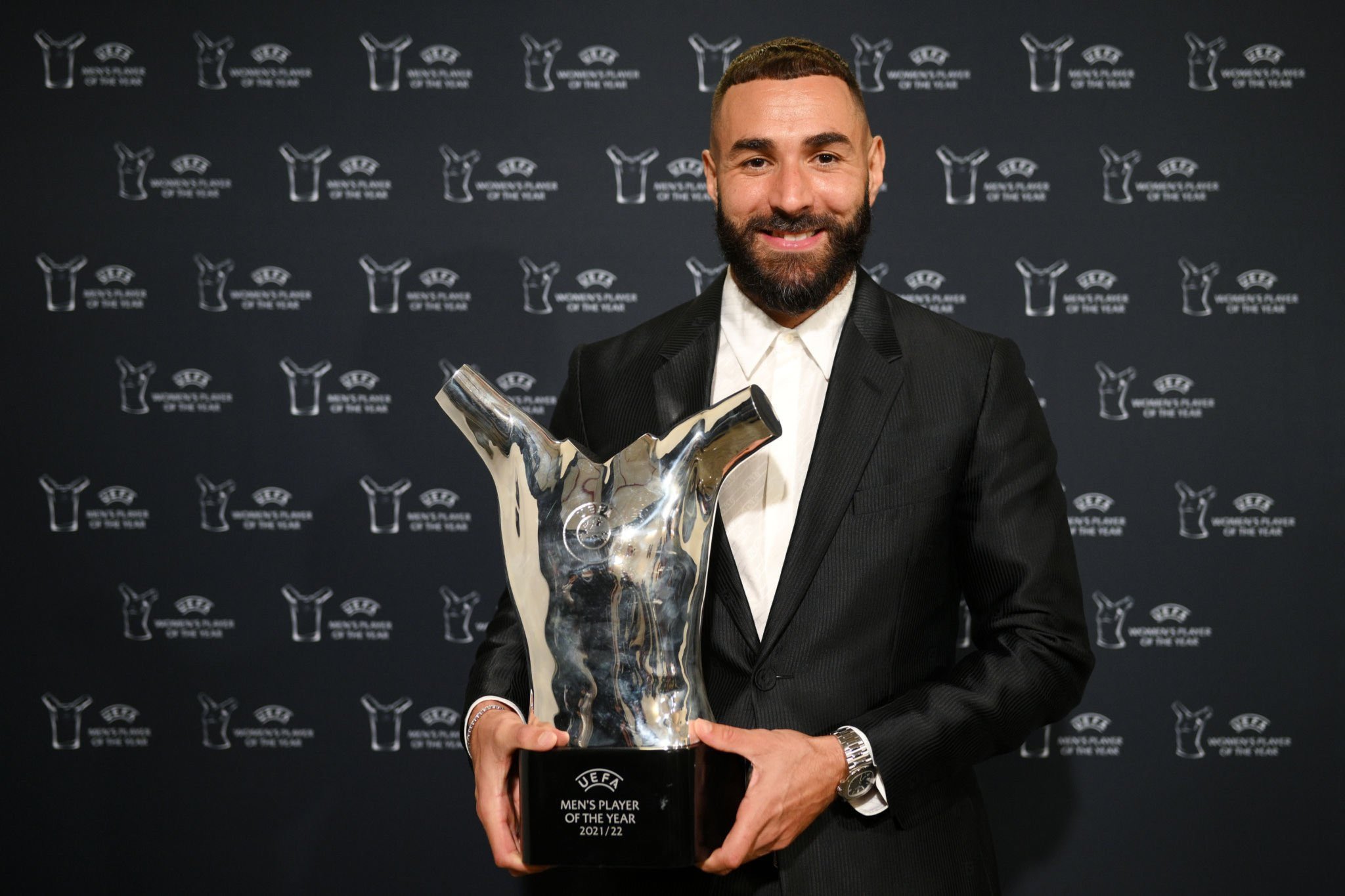 Real Madrid and France striker Karim Benzema has won the UEFA Men’s Player of the Year award for the 2021/2022 season.

The Frenchman edged out his Real Madrid teammate Thibaut Courtois and Manchester City, Kevin De Bruyne to win the prestigious award for the first time in his illustrious career.

He said as he collected the award, “I’m really happy. It’s the first time I’ve won this trophy but for me, the most important thing is to win trophies with the team. Mr Ancelotti is the best coach in the world; he gets it right with every player, he gives us confidence and he tells you what to do before every match.”