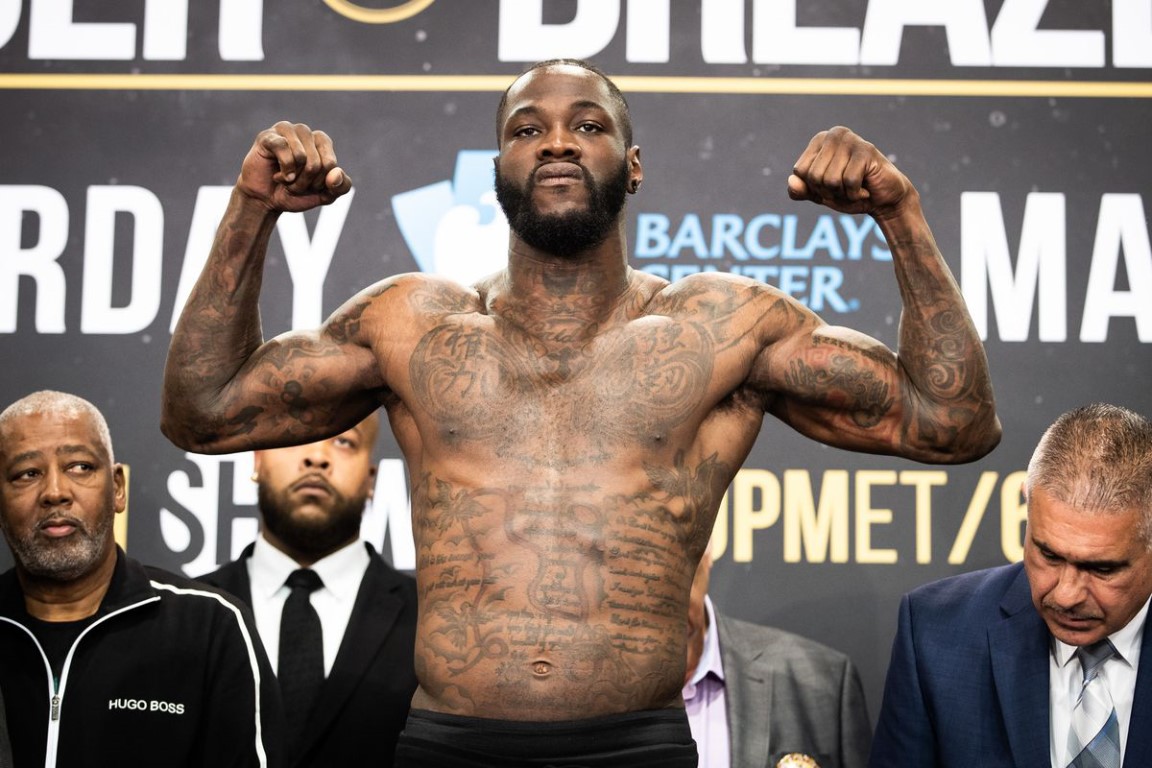 Deontay Wilder has reiterated that deaths in boxing remind him of a “scary feeling” he contemplates anytime he fights. Russian boxer Maxim Dadashev, 28, and Argentine Hug0 Santillan, 23, died this week from injuries sustained in bouts.

The 31-year old American has been wildly criticised for making incendiary remarks and most poignantly was when he said that he is “trying to get a body bag on his record.” After the boxing deaths this week, he has course-corrected by showing empathy saying, “it makes you think you can go in there and not get out. We, all us fighters have some kind of mental illness to fight one another.

In a recent interview, the World Heavyweight champion said “each and every time I go in the ring I make sure I’m prepared. I tell people I turn into the Bronze Bomber, a different animal. That’s because I know how serious this sport is. We risk our lives for others’ entertainment and I know how severe it is. I have children too.”