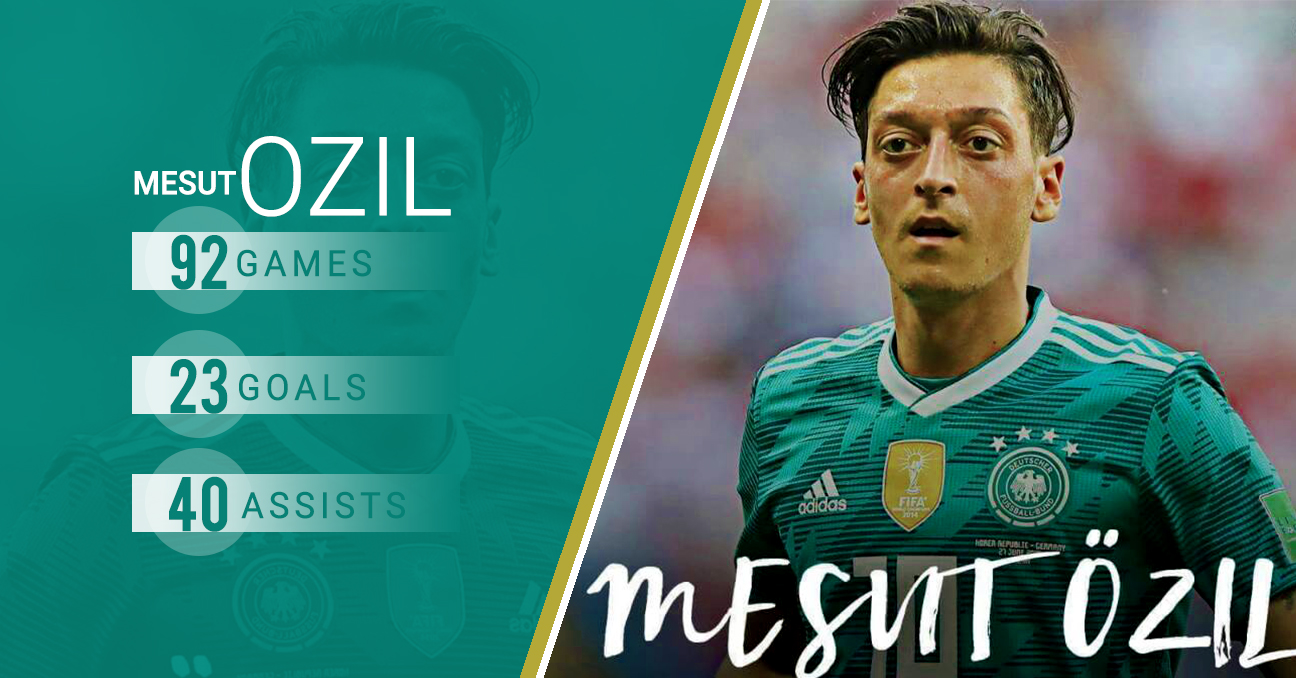 Quoting Mesut Ozil, “When we win, I’m German. When we lose, I’m an immigrant.” In less than a week, Trevor Noah has been vindicated and issues of identity would continue to loom in sports if not well-addressed right now. During one of the games at the recently concluded World Cup, I wrote about the professionalism of the English commentators during the matches and how clearly biased they seem with their slants and the points they try to marshal. Senegal’s last match of the tournament on June 24 against Japan was the poster child for such awful commentary. He kept referring to the Senegalese players as “the Africans.”

Before the start of the 2018 World Cup, I listened to Joachim Loew explain why he dropped LeRoy Sane. It’s the prerogative of the coach to pick players he desires but his excuses weren’t tenable to me. Sane was instrumental to Manchester City’s Premier League win in the 2017/2018 season. That decision also mirrored the way the DFB goes about its affairs especially when it pertains its players off the field. The grouse against Mesut Ozil was that he posed for a photograph with Recep Erdogan, Turkish President who was visiting Theresa May, UK Prime Minister in May 2018.

In that picture, Recep Erdogan posed for a picture with Mesut Ozil, Ilkay Gundogan and Cenk Tosun, all three football players born in Germany but of Turkish ancestry. Of the three, only Cenk Tosun opted to play for Turkey. Ozil explained in his famous letter he published on Twitter that, “Not meeting the president would have been disrespecting the roots of my ancestors, who I know would be proud of where I am today, for me, it didn’t matter who was president, it mattered that it was the president.” He already explained that meeting with Erdogan had no political undertones.

You will never do anything right in the face of your detractors. Mesut Ozil scored 23 goals and had 40 assists in 92 games for Germany. He had the most assist in Germany’s 110 years long history. He was a 2014 World Cup winner and was voted German player of the year five times. Yet, Uli Hoeness, Bayern Munich President had the temerity to cast aspersions on his person saying, “Mesut has been playing like crap for years and the last time he won a tackle was before the 2014 World Cup. All he’s doing on the field is playing sideways passes.” Mesut Ozil is one of the finest midfielders the game has produced when he has his good days.

Uli Hoeness said a lot of crap. His facts about Mesut is very wrong. At the 2014 World Cup, Mesut Ozil created the most chances for Germany with Thomas Muller and Toni Kroos coming second and third respectively. Mesut completed the most dribbles for Germany at the 2014 World Cup and he completed the most passes in the final third totally 174 with Toni Kroos coming second with 167. The Arsenal playmaker has scored more goals against Uli Hoeness’s Bayern Munich than any other team in his career. In a team of twenty-three players, why should Ozil be the scapegoat? Even when we shy away from talking about it, it’s because he’s from Turkey and most importantly because he’s a Muslim.

In the end, everything you see at play here is politics and at worst geopolitics. Of late, politics has shifted from core issues of economics to that of identity. Turkey shares a common border with Iraq and they will never be admitted into the European Union. As a Black man, Ozil’s challenges resonates with me because I’ve seen firsthand how bias and subtle racism plays out. Even though we can’t do away with it, I see politics as a mass of lies, hatred, evasion, folly and schizophrenia. I look forward to seeing the ex-German player having a blissful next season in the Premier League. Enjoy your international retirement at 29, Mesut.