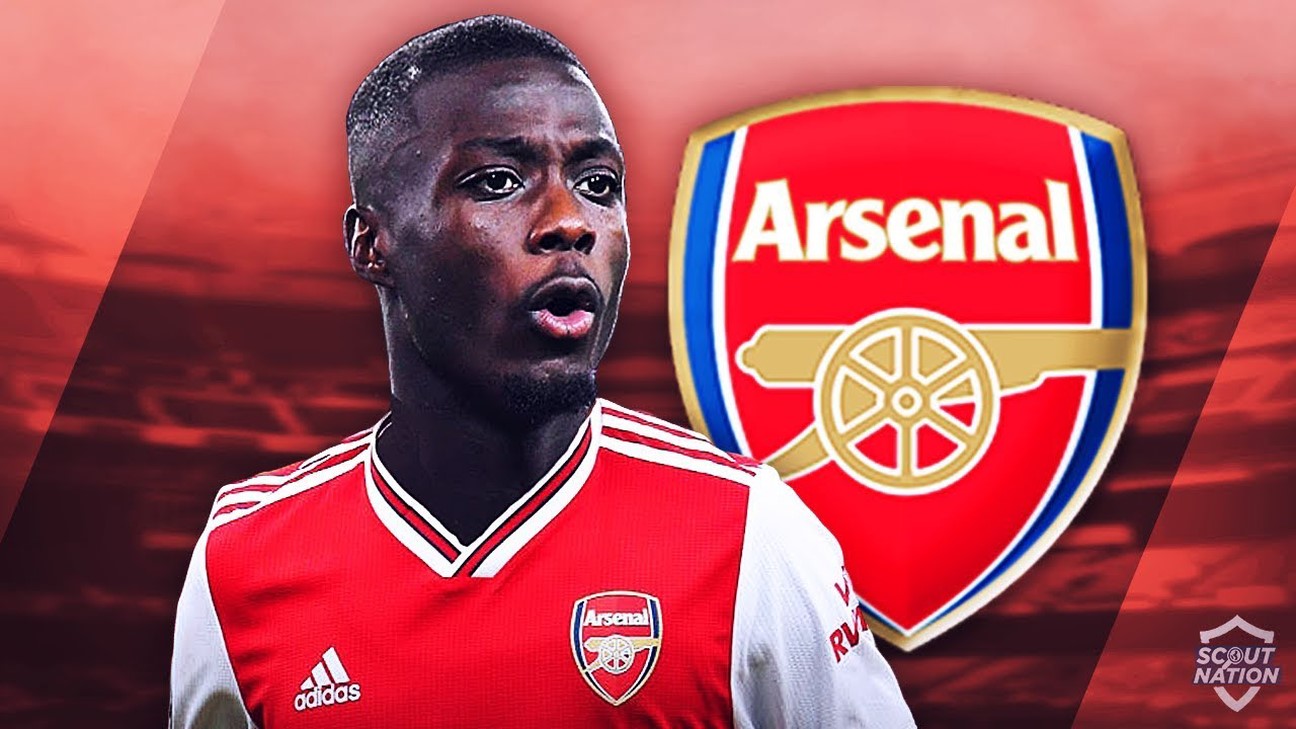 Arsenal FC of England has confirmed the signing of Nicolas Pepe from Lille Metropole of France on a five-year deal worth about €80 million. Arsenal made the deal official today, Thursday.

The 24-year-old  Ivorian played a total of 80 games for Lille, scored 37 goals and had 18 assists and he’s Arsenal’s most expensive signings after Pierre-Emerick Aubameyang and Alexandre Lacazette arrived in the Summer of 2018 for €63 million and €53 million respectively.

Club Manager, Unai Emery said, “Nicolas is a highly-rated and talented winger who was wanted by many of the top teams in Europe. Signing a top-class winger has been one of our key objectives in this transfer window and I’m delighted he’s joining. He will add pace, power, and creativity, with the aim of bringing more goals to our team.”

Nicolas Pepe is the fourth Arsenal player signed this summer after the arrivals William Salida, Dani Ceballos on loan from Real Madrid, and Gabriel Martinelli on a permanent contract.